Some Famous Gamblers Throughout History

Throughout history, there have been many different gamblers who have achieved either fame or infamy. Some are well-known for their incredible winning streaks, whereas others are infamous for cheating and underhanded tactics.

Here are some of the most famous gamblers in the world and the reasons why they are so well known. 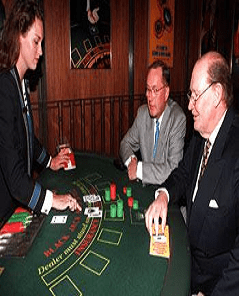 Archie Karas is one of the most famous gamblers of all time; among gambling circles, he is quite simply a legend. Like many famous gamblers, he has won and lost vast sums of money several times over.

He is most well known for his incredible winning streak that went on from 1992 to 1995. During this astonishing streak, he managed to turn $50 into over $40 million.

Archie Karas lives in Las Vegas to this day, but he still hasn't gone on a winning streak to match his iconic '90s run.

Chances are, you know of Henry VIII as the English king who had several of his wives executed. But did you know he was also a prolific gambler?

Apparently, he had a huge reputation for gambling; he was particularly fond of betting on dice and card games. He was rumored to have made such ridiculous bets that he once lost the Bells of Saint Paul's church in a wager. 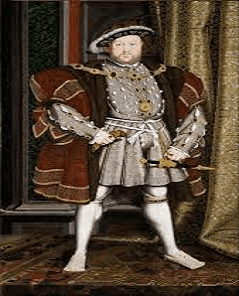 Kerry Packer was an Australian media mogul. He is known and remembered for many things. For example, not only was he a highly successful businessman, but he was also responsible for founding the World Cricket Series.

For many though, Kerry Packer will always be remembered as one of the ultimate high rollers. He had a reputation for making huge bets on horse racing, and he was a frequent guest at various Las Vegas casinos.

He was well known for playing only the highest possible stakes that were available. This frequently led to multi-million dollar losing sessions--not that it ever deterred him from playing again.

You could argue that Titanic Thompson was somewhat more of a hustler than a gambler. Nevertheless, he's for sure one of the most famous gamblers. He was infamous for winning all kinds of proposition bets that he had devised himself; naturally, these were engineered to give himself the best possible advantage.

He was also known as a prolific cards player, but he was more than happy to cheat if it meant he would win some money.

John Montagu tops the list for famous gamblers for quite a unique reason. Montagu was the Earl of Sandwich, and he was well known for eating snacks while he gambled. He would frequently ask for a piece of meat between two slices of bread.

Eventually, other players at the table started to ask for "the same as Sandwich." This led to the coining of the term "sandwich."